Sleepwalk – This is Martin’s cover of the title track (original by Santo & Johnny), with stellar playing as well as typically lush echoes. IMO this is one of those timeless tunes (or something like it) that everyone should have in their pocket for the moment when you need to get some folks close on the dance floor. A beautiful example. Evident here, and throughout the album, rock-solid drumming by Lloyd Gyi, who should be well-known to many here by now and is an established fixture it seems now on Martin’s solo work – the guy is simply incredibly versatile.

Search for Surf – Prominently notable are some exotic keyboard/synth arrangements that really complement the guitar voicing. The tune is a bit haunting in its approach. There is a faint, chordal backing vocal credited to Carmine Warrington and the keyboard work is done by Jim Moginie. Cool stuff.

No Sign of a Pipeline – This is a driving instrumental ballad (composer Michael Simic) that reminds me of some of the best work done by Martin on the Atlantics’ albums Flight of the Surf Guitar or Point Zero. I could visualize them doing this live.

Lost in Waikiki – A Martin Cilia authored straightforward surf tune, with almost a hip Nashville-picker structure, but laden with Martin’s classic tone. I can see Brad Paisley sitting on his couch thinking he’d like to have a go at this, but he’s gonna have to call Martin first. In concept, this tune would’ve fit hand-in-glove with the previous full album release, Going to Kaleponi.

Surf Explosion – A tune I have an earlier version of and this new version has a slow, foreboding intro with some grit and lovely tremelo before launching into blistering staccato picking for the song that is one of those 200bpm E-ticket rides. In my view, the new intro really sets up the song & makes for a much more finished piece. In the tradition of things like “Flight of the Surf Guitar” this is sort of like “get in, sit down, hold on & shut up.” For those interested Martin makes the full tab & MIDI backing tracks (with and without melody) availablehere:

Martin’s stuff continues to please and his generosity, both to players in answering questions and particularly to this site, is well-known. I’m often amazed at how down-to-earth some of the really great players are – and there are many here at Surf Guitar 101 – that one has a hard time imagining that rapport existing in many other styles of music. Folks who, absent the music, you could simply have a nice chat with, whether it’s down by a canal under a city street or via email 12,000 miles away.

Sleepwalk is available here, along with the video of the title track. Get it. 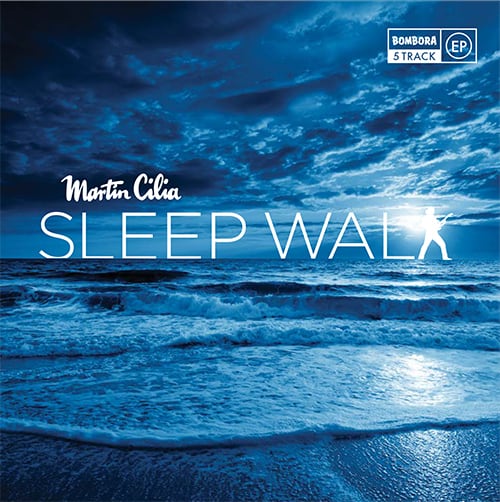